The future of CPAs, and accountants in general, may be disrupted by the latest fintech to be talked about, promoted, derided or what have you:  Blockchain.  Blockchain is essentially a decentralized digital ledger system.  It’s database software which resides on individual computers as opposed to one server so users can deal directly with each other in real time.  Think in terms of word processing.  With Microsoft Word you can edit a document with others but you have to send it to someone once you’re done and it’s then locked to you so only the current owner can edit and view it.  Blockchain is more akin to Google Docs where you “share” the document with others and you can each edit the document simultaneously and see what each other is doing as it’s being done.  It breaks down like this: 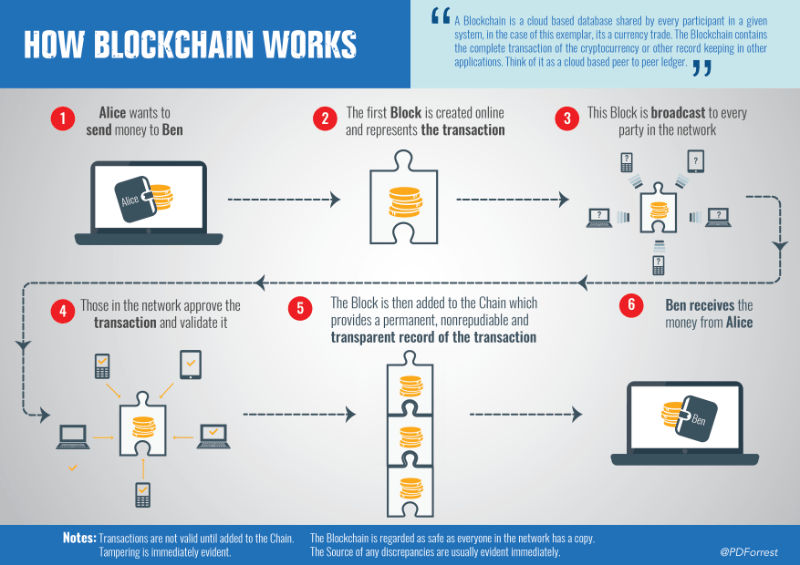 What’s more, a blockchain can be programmed to regularly perform functions such as updates.  So, what you have in the end is a shared database visible, editable, and verifiable by all parties.  The benefits are numerous:

The implications for the accounting profession are obvious when you think of all the documentation and verification involved.  Financial paper trails are part of everyday life for s CPA.  For one, the need for auditing as a service would shrink or disappear altogether as Blockchain provides you with that third party validation.

The silver lining is that it could hasten the evolution of accounting that we’ve described in an earlier posts on the way forward for accounting and the growing need for technical skills for accountants.  Additionally, the benefits that blockchain technology can provide almost directly match the needs of a CPA.  The combination of these two things have the potential to more than make up for the downside.