The CPA Exam Has Updated Q2 Score Release Dates for 2017

The AICPA has changed the release dates for results for those who take the exam in April and May this year.  The reason has to do with the revised exam that debuted on April 1st of this year.  According to the site:

The revised timeline is as follows.  Please note: the score release dates for Q3 and Q4 have not changed since posted by the AICPA in December 2016. 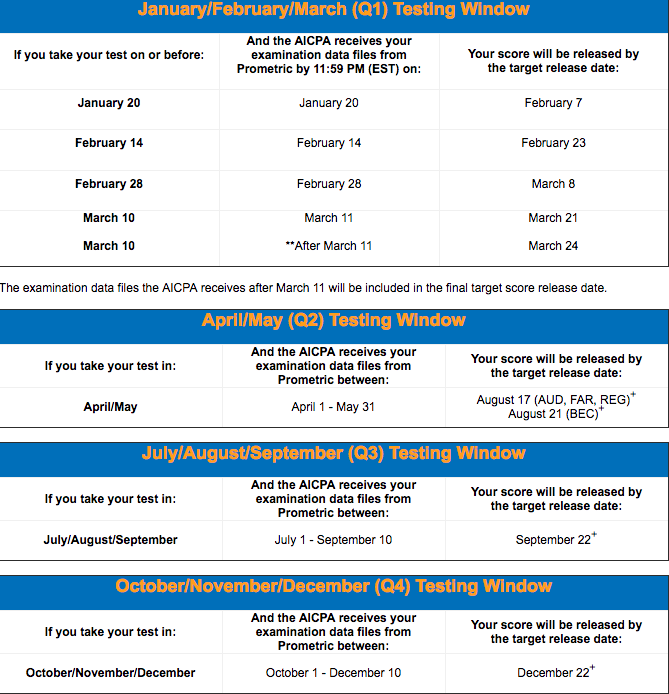