The Q2 cpa exam passing rates, the first for the revised exam, are in!

Comparing the numbers to the previous two quarters it looks as if the new exam, if not easier, is more suited to today’s CPA candidate.  I would tend to think it better reflects what candidates are learning or know from school and the working world. 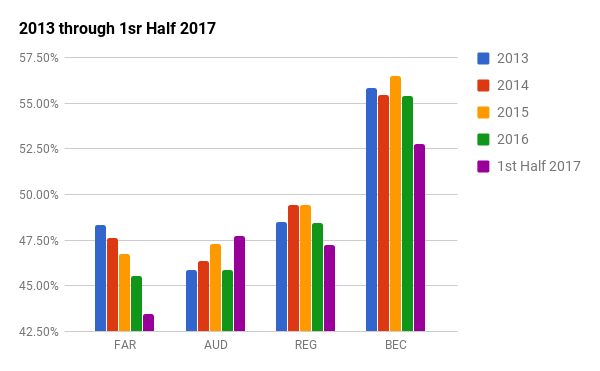 So, don’t feel bad if you have to retake a section or two.  The cpa exam pass rate is still below 50%.